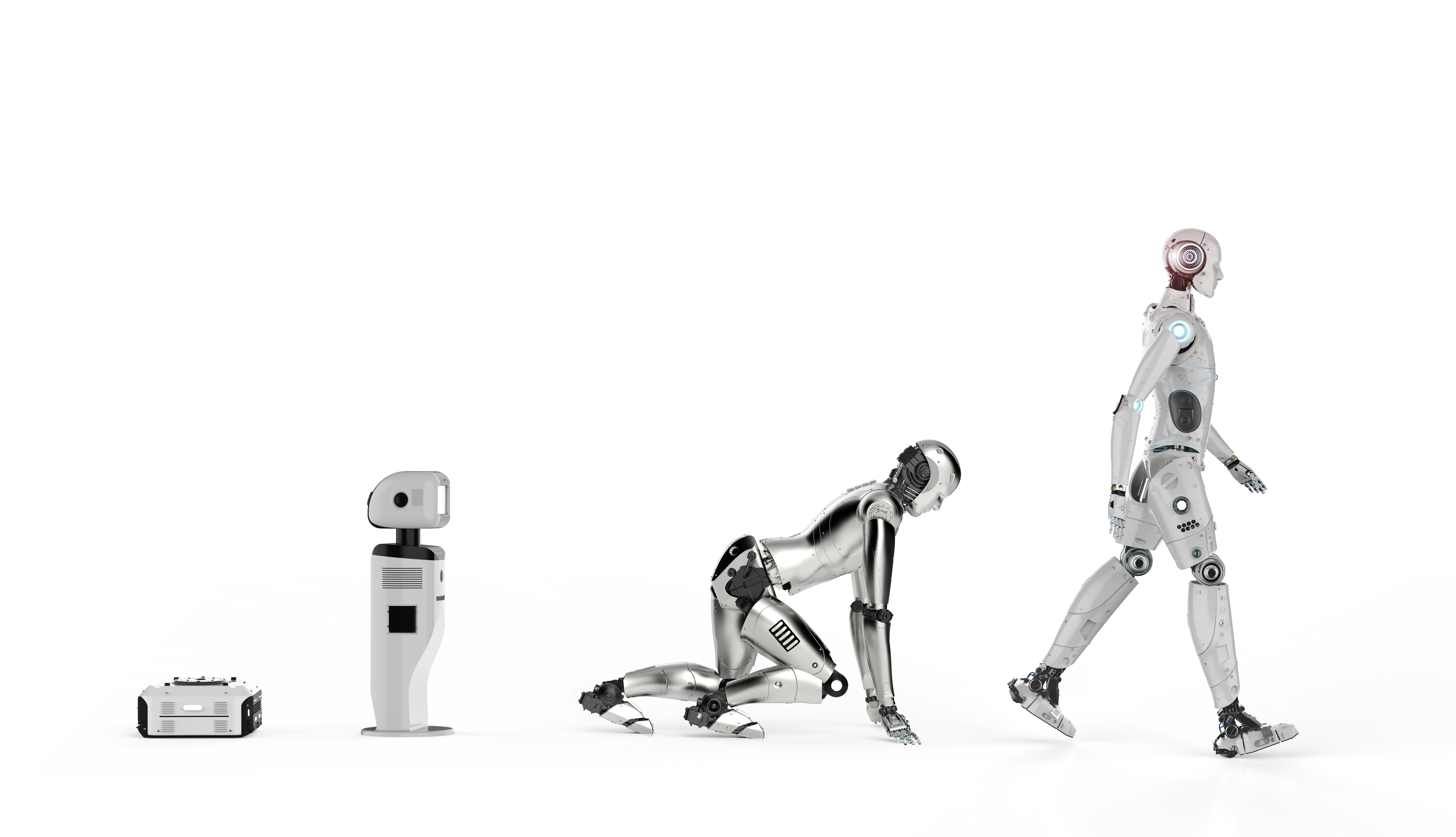 “Crawl, Walk, Run” is the mantra that you often hear when a company is planning a large-scale change. You heard it in the 90’s and 00’s as companies implemented centralized ERP systems. You heard it in the teens as up and comers were climbing corporate ladders, waving the flag of digital transformation, cheered on by their management consultants. Those same people will dangle the carrot words of “innovation” and “disruption” to lend an air of progressiveness to their activities.

There are certainly reasons to break an initiative into manageable steps, but let's not kid ourselves: in a competitive landscape, can we really expect to outpace our competition by crawling? In fact, “Crawl, Walk Run” is often used to misdirect people into believing the company is progressing, while cloaking a lack of progress, adoption, and ultimately innovation. We suspect it’s been used as a cover to take credit for starting a large project without committing to follow through on delivering the value.

The fundamental problem with “Crawl, Walk, Run” is its implication that the most important framing of adoption milestones is as an escalation of capability: we should implement simpler capabilities of lower value before more complex ones of greater value. This insinuates you know where the end state big value will be. Contrast this with testing full capabilities, and escalating the scope of adoption. Does the “Crawl, Walk, Run” framing hold up to scrutiny?

If you retrospectively apply the “Crawl, Walk Run” approach to the transformative introduction of automobiles, and imagine a company attempting to evaluate this new technology, it would look like this:

1. Automobiles, with their fuel, engines, oil, maintenance…have too much complexity for us to switch to outright.

2. We have identified that the value of the automobile is speed. Let’s start by crawling: breeding or sourcing a few faster horses. That will prove the speed is worth it.

3. Just anyone can’t deal with the complexity of a car, so next we’ll “walk” by training 50 high-speed horse coach chauffeurs, and set up a system where employees can submit requests to be picked up and driven to destinations.

4. If the value of speed is proven, we’ll finally “run” buy switching the system to automobiles

5. What we now know to be the value of the automobile–democratization of urban transportation–and the solution to the city horse manure crisis is never seen

Sounds misguided, right? This is the same “Crawl, Walk, Run” that is still being peddled in corporate environments faced with new technology decisions.

“Test and Refine” is a Better Approach

To those who tout “Crawl, Walk, Run”, we suggest you respond with “Don’t you mean, Test & Refine”? We should test with the full complexity and potential value of new technologies and let adoption be driven by performance.

The software industry figured this out in 2001, they called it “Agile.” One of the Agile principles is YAGNI–you ain’t gonna need it. This phrase embodies a central learning of Agile: big upfront planning speculates on what is going to be ultimately valuable, and those speculations are overwhelmingly wrong. This is why it is so important to understand that the big value of the automobile transformation was not anticipated. Test and Refine structures investment and adoption to maximize feedback and learning as opposed to the “Crawl, Walk, Run” up-front speculation on where the value is, broken up into phases.

Instead of building such a grandiose plan that it requires an Office of Change Management to warn our company the water is going to warm up slowly, Test and Refine planning would have you carefully design experiments to identify representative projects that are small enough to win and still big enough to matter. You would apply the learnings from each step to refine the plan and the value proposition for the next by working with partners who are willing to share decision making, knowledge and risk. In this way, innovation is demonstrated by value realization. Trust is earned based on those measurable results and not as an entitlement to a too big to fail governance-first approach. Scale by continuing to meter your investment and risk proportional to the escalating demonstration of value.

LatAm Telecom Transformation: A Natural Experiment with Test and Refine

Modern cultural references are rich with lessons on transformation. We’ve all seen the disruption a technical innovation like Uber can bring to a staid industry like Taxis or Square brought to point of sale. We find the case study of Latin American Telecom transformation a clear illustration of what it looks like to skip instead of crawl.

As late as the turn of the 21st century, many places in LatAm suffered from a landline telecom infrastructure that provided sparse and sporadic service. Then came disruption: widespread cell phone service became affordable. I remember working in Argentina at that time: I pulled up to a remote location to see my in-country colleagues all leaning out of their second floor office windows to make their necessary business calls on their much more functional new cell phones.

No one said, “yes, these cell phones and all this service coverage is nice, but what we should really do is first finish building the landline infrastructure, and then we can roll out cell phones.” That would have been crazy. They tested the full complexity and value, discovered the value of universal accessibility, and refined for a cellular-first infrastructure.

I applaud the good sense of my LatAm colleagues who didn’t Crawl, Walk, Run. They saw a technology, tested it, and let the horizon of adoption be pushed by the performance of the technology relative to the value it delivered. That technology helped accelerate business in areas not even anticipated.

We suggest it is time to retire “Crawl, Walk, Run” and replace it with a thoughtful, value-driven Test and Refine approach.

The Power of Asking "Why?" in Forecasting

Exploring the limitations of common A.I. modeling approaches as applied to decision making

Be Right for the Right Reasons: Getting to Causality

Untangling correlation, causation and concurrency in order to build an effective strategy.

Get more from your marketing dollars with Nucleus's ad spend optimization